Over the past ten years, there have been incredible strides in the manufacturing industry. From innovations in assembly-line automation to increases in speed and quality of production, to continuous improvements in safety standards, the advances are quite simply remarkable.

For example, let’s take the relatively recent introduction of the Internet of Things (IoT) – internet-enabled sensors that can measure, monitor, record, and transmit data about almost anything, such as moisture levels, wind speeds, or vibration patterns. One way IoT is being used by manufacturers is to monitor the performance and integrity of machinery to ensure optimized output and predict chances of failures.

Still, as the world continues to shrink and information technology offers newer opportunities, there are bigger goals to achieve for manufacturers. One such opportunity is made apparent with the utilization of the ever-growing amounts of data available.

So, going back to IoT, which produces incredible amounts of data that is already being utilized, it’s important to understand what type of data it produces. The world of IoT typically produces what’s called structured data. This is generally numeric data and is easily computable. One way to think about it is that it can be put into a spreadsheet and you can run various formulas and filters on it right away. This structured data is what’s primarily used in business environments.

Of all the data that is available, that which is already stored and newly created every second of every day, the vast majority of it is unstructured data. This is textual data and it is not easily computable. Examples include documents, such as contracts and manuals, email threads and text messages, customer support tickets, news feeds, analyst reports, and the list goes on. This is where the opportunities for manufacturing organizations exist as these data are very difficult to consume and process all of it at scale.

Beyond the Bottom Line with Artificial Intelligence

Simply throwing an algorithm that interprets the unstructured data isn’t enough. Although that is one approach to applying Artificial Intelligence (AI), it doesn’t have much business value. There are a wide array of applications for AI. It can automate a wide range of mundane tasks to save time and resource. Now, giving the manufacturer the AI tools to extract the most relevant insights from the unstructured data, in context of customer needs, with actionable recommendations – that has a tangible impact on the organization’s bottom line.

It’s no surprise then, that recent IDC research forecast that worldwide spending on AI is set to reach $35.8 billion in 2019. That’s an increase of 44% over the amount spent in 2018 and the IDC Worldwide Semiannual Artificial Intelligence Systems Spending Guide went onto predict that the global AI spend will reach $79.2 billion by 2022.

Empowering the manufacturer with these AI tools is what is called Augmented Intelligence. It can have a profound impact on other areas of modern life, beyond the bottom line. The key to unlocking augmented intelligence’s potential lies in using it for a specific purpose.We’ve partnered with Bühler, a globally leading manufacturing company, to address food safety and minimize food risk. 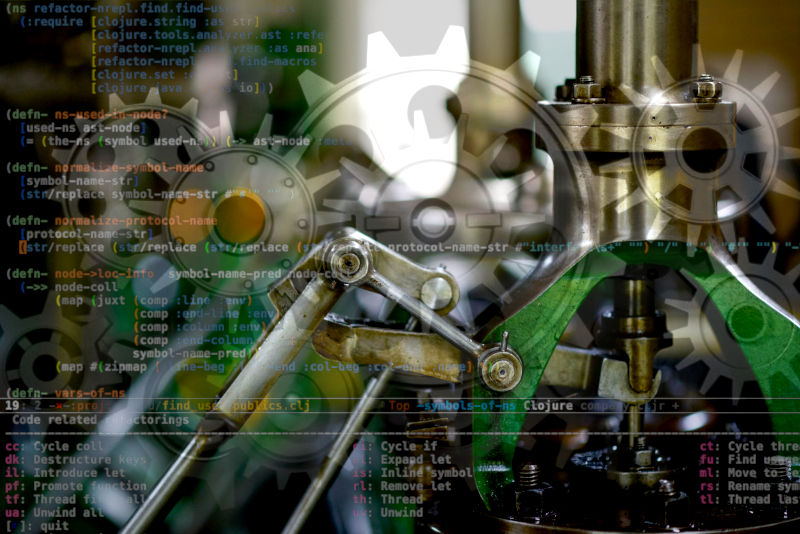 Every single day, two billion people enjoy foods produced on Bühler equipment; and one billion people travel in vehicles manufactured with parts produced with its machinery. It’s operational in 140 countries and employs around 13,000 people.

Because of this astonishing global reach and relevance, Bühler is uniquely positioned to turn today’s global challenges into a sustainable business. One of the company’s overarching goals is to help ensure that every human being has access to healthy food.

With an estimated 30% of the world’s food wasted and around 800 million people starving, this is one of the greatest challenges the world is facing in 2019 and beyond.

Bühler had become aware during interactions with its customers that they were highly concerned about food and feed safety and the damage it could cause. The global supply chain is vast, complex and interconnected, so one local contamination can potentially have safety repercussions all over the world.

There are many sources that track this information, but the data found on websites, media, social media updates, food authority updates and more – is unstructured and very hard to manage and extract insight from. Bühler wanted a solution that gave real-time access to worldwide food safety information in one place by unlocking the insight contained in such unstructured data.

The World’s Most Comprehensive and Accurate Food Safety Portal

An early version of this was launched in 2018, a freemium product that aimed to capture extensive feedback from its users. This included food and feed safety professionals, food and feed quality managers and senior management within food companies.

Almost immediately these users became convinced of the value of Safefood.ai, with many stating that no other source is as comprehensive, delivering vast insight on food safety. Their feedback was instrumental in informing the next version of the application, which launched in March 2019 and is already regarded by many of its 800+ users as the world’s most comprehensive and accurate food safety portal.

This comprised a freemium version with vastly expanded features and functionality, and a subscription-based model that included customization and also incorporated deep social media analysis. These were the two features most requested by the initial users and are particularly useful when it comes to tracking food safety incidents in countries without strong food authorities.

Safefood.ai’s ability to include social media data is a major time-saver, as, without it, users would have to look manually on multiple websites and run the risk of missing incidents. It’s vital that incidents around food safety are discovered and addressed as soon as possible before they get the chance to spread. Safefood.ai works in real-time to ensure that users get up to the minute information in time for them to act and minimize any associated risk.

Augmented Intelligence and the Future

In the long-term, Bühler is targeting 30% less food waste with Safefood.ai and aims to significantly increase the availability of food that is safe. It’s also a project that has greatly helped with Bühler’s own digitalization.

Bühler’s CEO had stipulated in 2016 that he wanted every business unit within the company to have a digital service and Safefood.ai has become one of the most significant to emerge over the past few years.

Augmented Intelligence is a technology with enormous potential, much of which probably hasn’t even nearly been thought of yet, let alone implemented. There is little doubt that Augmented Intelligence can add automation and computation to human imagination, creating something very powerful. It can also be used to save and prolong the very existence of the human race, as projects such as Bühler’s Safefood.ai demonstrates.

The food & feed challenge is perhaps one of the greatest facing humankind right now, and it’s vital that it is addressed. Initiatives like Safefood.ai will play an important part in that and it wouldn’t function as it does without Augmented Intelligence.

To read the full case study, please access it here: Squirro’s work with Bühler on Safefood.ai 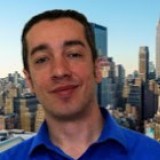 Steven brings nearly 20 years of marketing experience to Squirro as the Senior Marketing Director. With a strong background in digital marketing and go-to-market strategy, he is fully focused on delivering value to customers, partners, and the team.