AI and the Public Sector – Making It Work

The UK government has made a lot of noise over the past 12-18 months about artificial intelligence (AI) and its plans to make the UK a center of AI excellence. Earlier in 2018, the government published its AI Sector Deal, which laid out funding of nearly £1bn to boost the AI space, and more recently it selected Demis Hassabis of DeepMind to advise the newly created Office for Artificial Intelligence.

This is highly commendable. There is much AI talent in the UK and encouraging that with funding and training is hugely important. But in its actual deployment of AI itself, the UK public sector still has a long way to go. AI and machine learning (ML) can both play a pivotal role in delivering public services and in making more effective use of the data held by particular government departments, but it’s important to approach using AI and ML in the right way.

With any deployment of technology there is a certain pressure to justify the spend and to see a return on investment (ROI). This is especially true in the UK public sector currently, with budgets being cut at the same time as government departments are being asked to digitize increasing numbers of public services – to do more with less.

So it’s important when deploying AI not to jump straight in. It’s a much smarter approach to test and iterate on a small project with just a few licenses. This gives ample opportunity to figure how best to deploy AI and what results can be expected if the project is expanded to a larger scale.

Map AI to a specific challenge

It is also vital to be specific in how AI is used. AI is perceived by some as a ‘one size fits all’ solution, capable of solving any number of public sector challenges. To an extent this is true – AI is a versatile technology that can be applied to address many different issues and improve many different processes within government.

But it is also true that AI works best when used to address a specific challenge. Much of the talk about AI in the public sector tends to be dominated by chatbots, which are potentially used to field queries by the public and serve as a virtual assistant. There is certainly a place for that, but there are still many citizens that wouldn’t welcome the thought of dealing with a virtual assistant on matters of real importance.

Recent research from The Royal Society for the encouragement of Arts, Manufactures and Commerce (RSA) found that a majority of citizens oppose the use of automation in making decisions in areas of the public sector such as criminal justice, immigration, and social support. So for AI to have a tangible impact on the public sector, the management must be mindful of what the public will accept.

Most citizens would welcome AI if it improved delivery of certain public services and this is certainly an area in which AI can be impactful. One central government department has used AI to refine and improve web chat functionality for example.

The department received thousands of questions via web chat and used an AI-based solution to better understand people’s main pain points around a particular issue, effectively giving it a much deeper insight into the concerns of citizens. The results were presented visually as topic clusters, so the department could get a clearer idea of which topics come up the most and what was being asked, so they can then better prepare the most effective responses.

This information can then be used to inform how those online services are delivered in the future. The user interface (UI) could be modified to have responses to the most common questions upfront, meaning less traffic and strain on the web chat. It’s also an on-going process, so the government department could spot and even predict patterns within the data, allowing it to be more pro-active when addressing certain queries. Citizens would get more efficient and accurate responses to their queries and the government department would spend less resource on delivering that service.

As the government pushes for the UK to become a global AI hub it should bear in mind that AI can be deployed to great effect here. Artificial intelligence can have a big impact on the public sector and the way it delivers online public services, just as much as it is starting to have a true and tangible impact on businesses. 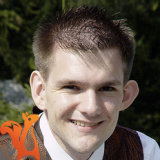