Why early feedback is so important to make the best product

Since Squirro is still in early beta stage, there’s a lot of testing needed – and that can’t be done all by ourselves. Thus, opening the beta to a broader audience of beta testers is an important step in the development of Squirro – and of course we were excited like parents watching their children making their first steps. To help it learn walking we’re relying on feedback from beta testers and we thus reached out to you in some of our last posts asking you to share your experiences with us. We are convinced that early feedback is crucial to make Squirro the best product in the knowledge curation space. If you haven’t given feedback yet, we’d really appreciate it!

The importance of tight feedback loop has turned out to be very valuable. From the feedback we gathered we could identify a strong misperception: Squirro is being used as a search engine.

For example, one tester said: “by example: a search under ORIENTATION – brings up almost exclusively 100% issues upon ‘sexual orientation’ – when I wish to find orientation in the context of decision making – so far it hinders me rather than assists me.”

Where does this expectation gap come from? We learnt that a few design elements caused people to expect a search engine-like behavior, for example the discover bar in Squirro:

But Squirro isn’t a search engine like Google, rather it’s a discovery engine about your topics of interest. In order to do that, Squirro needs to first understand the context of your topic. Then, it will create a living collection of that topic automatically.

So, it’s not just “Python” but rather “Python programming” as a starting point. Then, based on what you save/star, Squirro for instance learned that you are interested in the companies that offer Python programming training. Once this happened, you’ll never need to search again.

What are the learning experiences of that feedback for us as developers of Squirro? We need to find the right balance between simplicity of design and guidance, enabling people to use Squirro with as few instructions as possible. These insights led to a few changes in design that aim to give a better understanding of how to use Squirro. Additionally, we’re working on a comeback of the famous Memonic web clipper, a convenient way to add sources to Squirro topics. Stay tuned for the exciting things coming up! 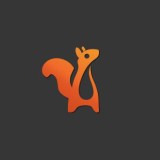