A Day at CEBIT

CEBIT Day – Squirro gets a first showing. And I get to get up really early. Three and a half hours later I am in Hannover. The welcome at the CEBIT couldn’t be warmer: I get to win a phone! Or listen to one of the great speakers, including a Lord working now in some extended lunches are my business function at Facebook. Oh dear, what would Lady Chatterley have thought of such mundane money earning occupations. 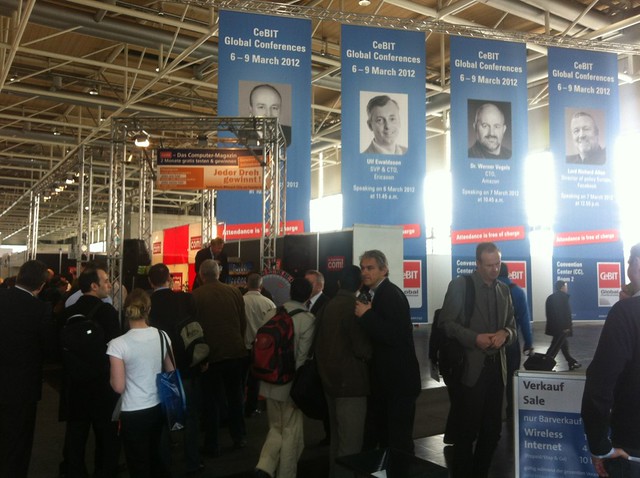 Next up: Our future as they claim… Trendsetter of the flock: Huawei claiming to know of a better way. Adjacent rows of Chinese booths producing wifi, lte, and other fancy gadgetry to reach a Buddha like inner Zen moment of always connectedness. 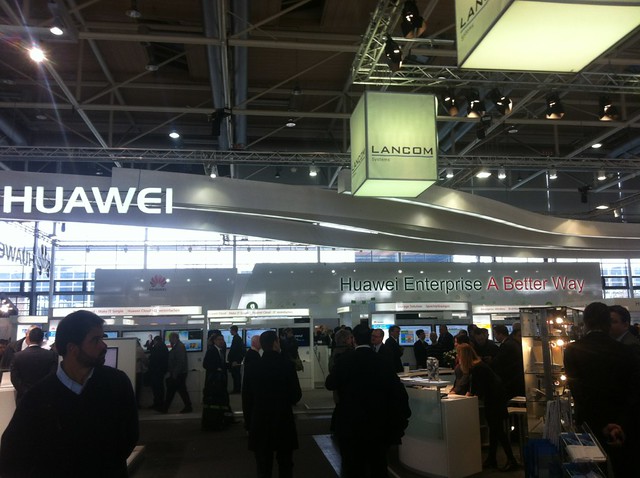 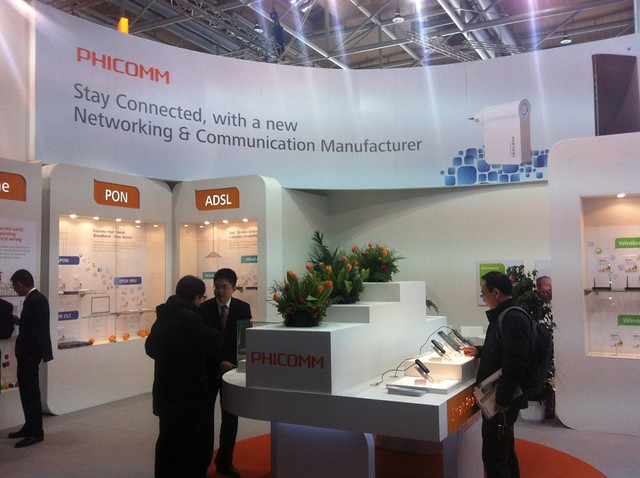 All of Hall 12? All of it? No a small outpost amid the sea of change is called Canada. 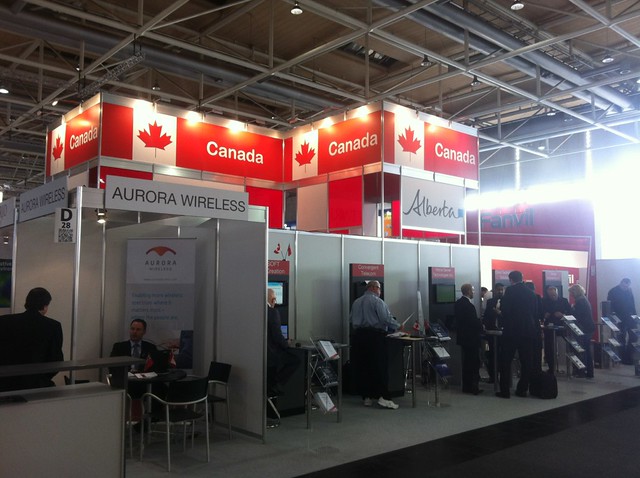 Oh and even lovely Switzerland has a small booth. A bit lost amid all these big and polished booths. But then this reflects probably well on Switzerland’s position in the world anyway. 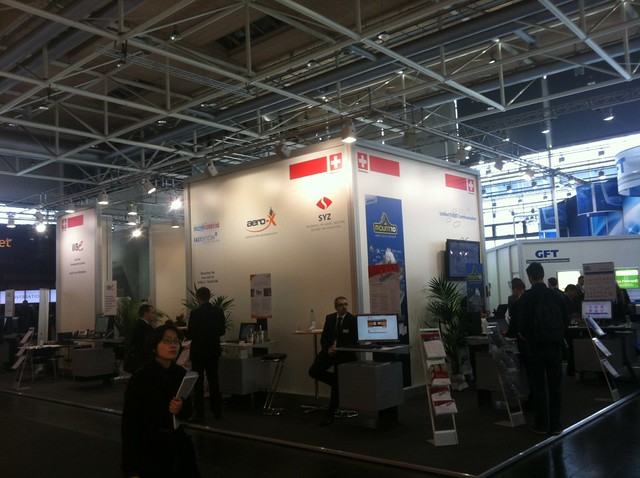 Never to be missed at such a show is the hall of fear and loathing. We all abhor of viruses, Trojans, and other malicious software. We’re worried of what might happen to our family and friends. On passing by one of the booths you could overhear the ‘The Internet gets more dangerous every year. It more dangerous than New York streets at night.’ As a consequence an entire industry sprung up over the past years to serve this market, enthusiastically called ‘security’. 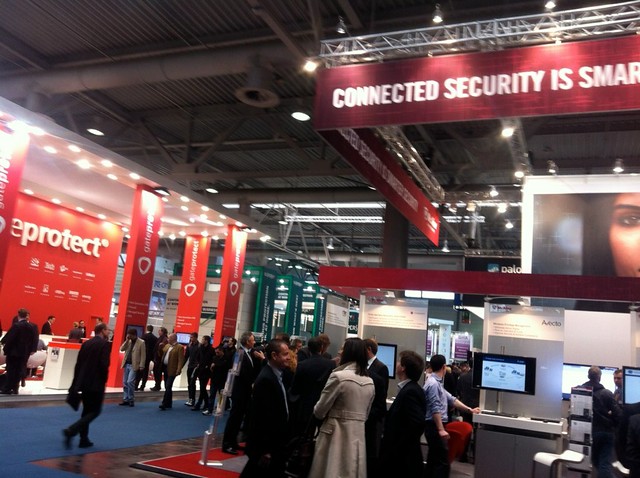 Luckily the speaker did not say Moscow… Just a few steps further the Moscow city government claims to be a safe city. Is that enough to be present at CEBIT? 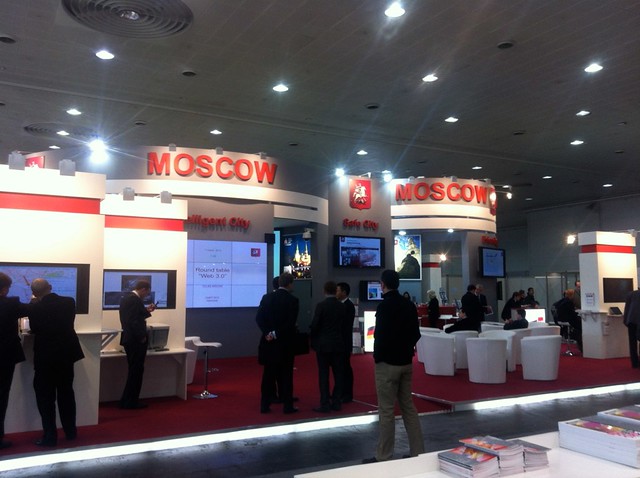 Anyway, on my stroll through the CEBIT I am a bit disappointed about the missing booth babes. Are in times of machos going south, metro sexuality, and feminism the booth babes out of fashion? Except of course at this great stand.

Finally I made my way to the bull’s eye of the fair: The Itelligence booth. Here Squirro gets a first preview showing. It’s the worlds first digital research assistant. Together with our partner Itelligence we show Squirro integrated in SAP Business By Design, the cloud ERP solution of mighty SAP. 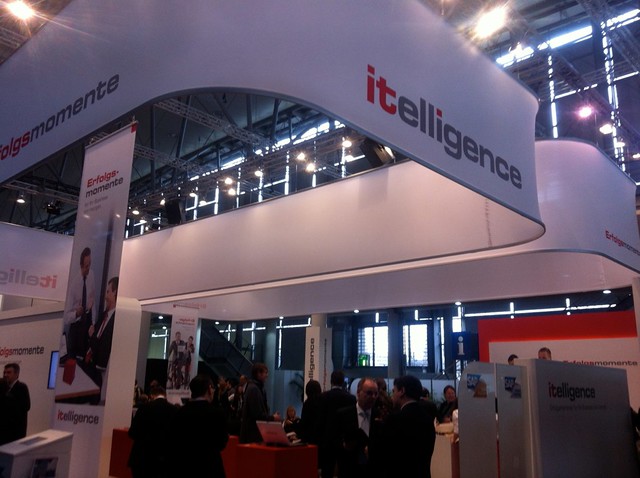 First on my packed agenda, a video interview with Wolfgang Kröner, Head of the Business By Design Unit at Itelligence  and Keren Neuman, Itelligence’ social media guruette. You may watch our announcement of the greatest thing since sliced bread here. 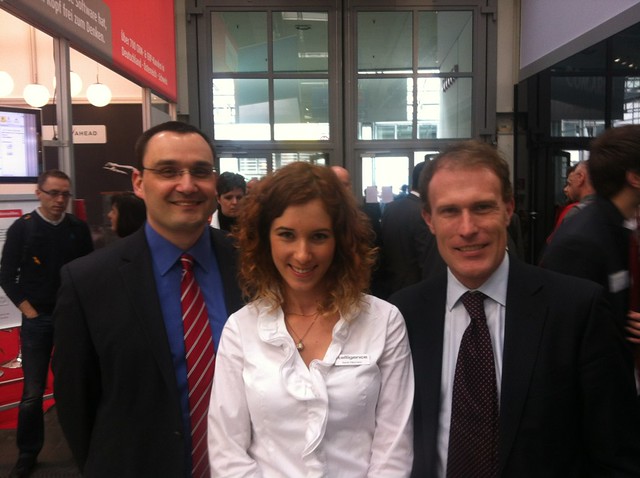 Of course the world needed to know about this. Tweet! Well, you are bombarded with Wifi networks, yet all closed ones. No chance for me with my Swiss mobile phone to get online quickly (Yeah, the first signs of detox set in, nervousness, no mail for more than two hours and all that…).  But then again – what would a world without friends be. Wolfgang became my instant personal digital hotspot. 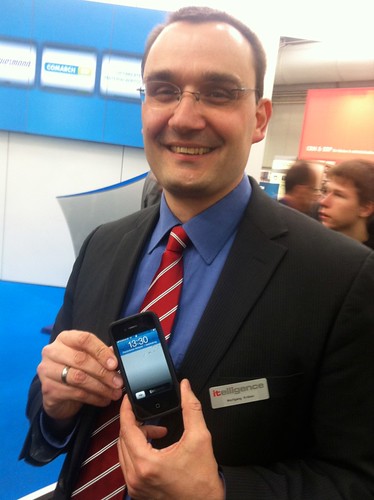 Our face to the world is Dietke Vieth. She is introducing Squirro to Itelligence clients and prospects. We got great initial feedback. An interesting and consistent element of that feedback is, that people who have hardly touched the app start pitching us their ideas what you could additionally do with Squirro. How good is that?! Not yet live and the fantasies are flying high! 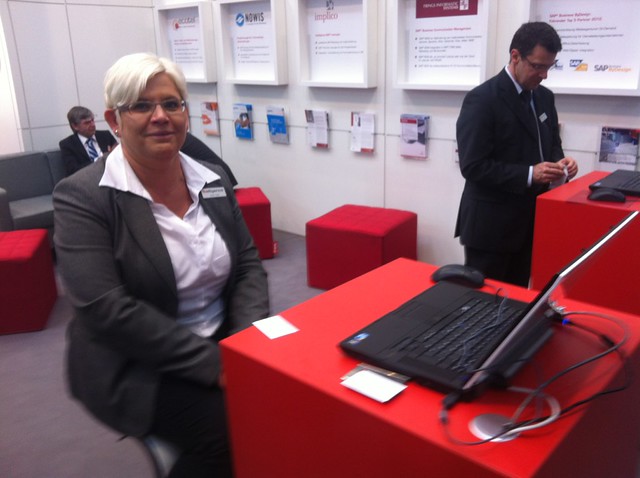 Of all that we go so excited that Wolfgang made a point of it at the press conference on the Itelligence booth later in the afternoon and Witaly Hübner and myself signed the partner agreement on the spot. 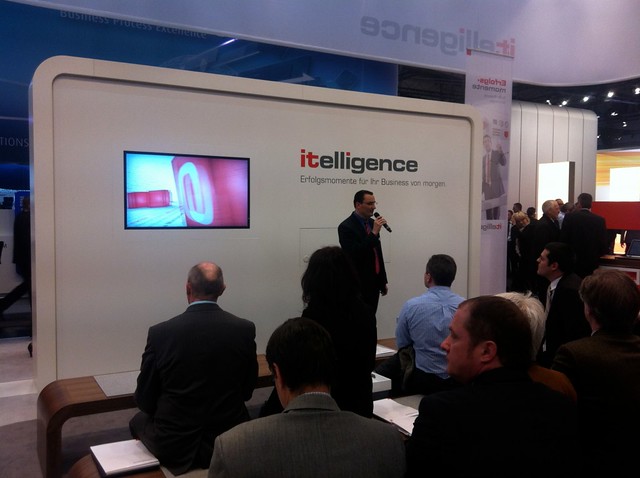 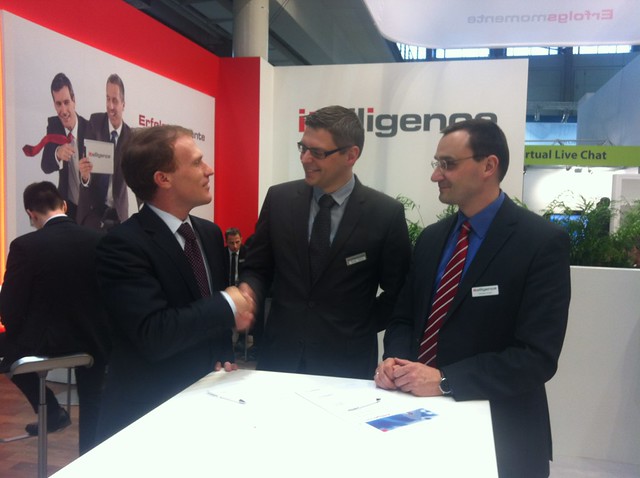 So when can you get your fingers on Squirro for SAP Business by Design? Well you can actually already today. Simply ask for it today.