The future for AI in 2019? Specific apps that address specific challenges

As we draw to the close of another year, I want to gaze ahead to the next 12 months and outline what I feel will be the main issues in artificial intelligence (AI), technology and the broader business world.

2019 is going to be an interesting year, not only for Squirro as we look to maintain our growth and develop our client base, but also for the wider AI user community. For several years now AI has been an ever-present topic at industry events and much discussed (and hyped) within the media. Yet it’s still a technology that is in the early stages of its development – will 2019 be the year that it really pushes on to wider use?

Everybody’s talking about it…

I’ve reached the conclusion that AI is not dissimilar to a New Year’s exercise or fitness regime – everyone is talking about it, but very few are actually doing it. I was recently in New York at a technology summit and got talking to a VC from a midsized firm. They stated that of the firm’s 24 AI investments, not a single one of those had actually yet had a major roll-out.

So AI is still a technology that is lacking widespread adoption, despite many of the early adopters reporting impressive ROI and much greater insight into their customers. Going beyond the generally slow take-up faced by most new technologies, what’s behind this relatively slow adoption of AI?

A trend that I’ve become increasing aware of, is that of organizations wanting to develop their own AI solutions. I can understand the theory behind such a decision but in reality it doesn’t make a great deal of sense. All businesses have core competencies – a bank is good with managing financial matters but that doesn’t necessarily mean it can develop an augmented intelligence solution that will deliver the insight that improves its deal origination.

A smaller but still important reason is Brexit. We work with many FS firms and the uncertainty caused by Brexit has meant that banks that otherwise might have invested in an augmented intelligence solution are waiting until the Brexit dust settles. Given the current situation, that may well take a while yet.

Yet I still think 2019 will see a significant leap in AI adoption. This is because solution providers like Squirro are tailoring their offering to suit specific sectors much more than they have been, and also collaborating with others that have a deep understanding of particular industries.

We recently launched our new Squirro for Insurance suite of applications and worked with our partner Synpulse to create the Commercial Underwriting app. AI works best when used to address a specific challenge in a particular industry and this app is the perfect example of that, allowing underwriters to optimize, automate and improve the entire underwriting process.

We are in the process of delivering a range of different applications that meet either a certain business requirement or a specific industry requirement, from GDPR and credit risk to manufacturing and wealth management. Each application will deliver almost immediate ROI, allowing AI projects to build momentum internally, as other departments and business units see how their challenges can be addressed with augmented intelligence.

Which other applications will emerge is hard to predict, but I do believe that the future of AI in 2019 and beyond, will be based around addressing specific issues, and that one day AI as an application will be the de facto standard for how organizations use it.

I’d love to hear your thoughts on what’s in store for AI, analytics and augmented intelligence in 2019 and I am always available at d@squirro.com for anyone that wants to discuss AI. 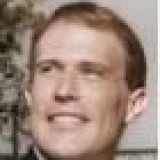